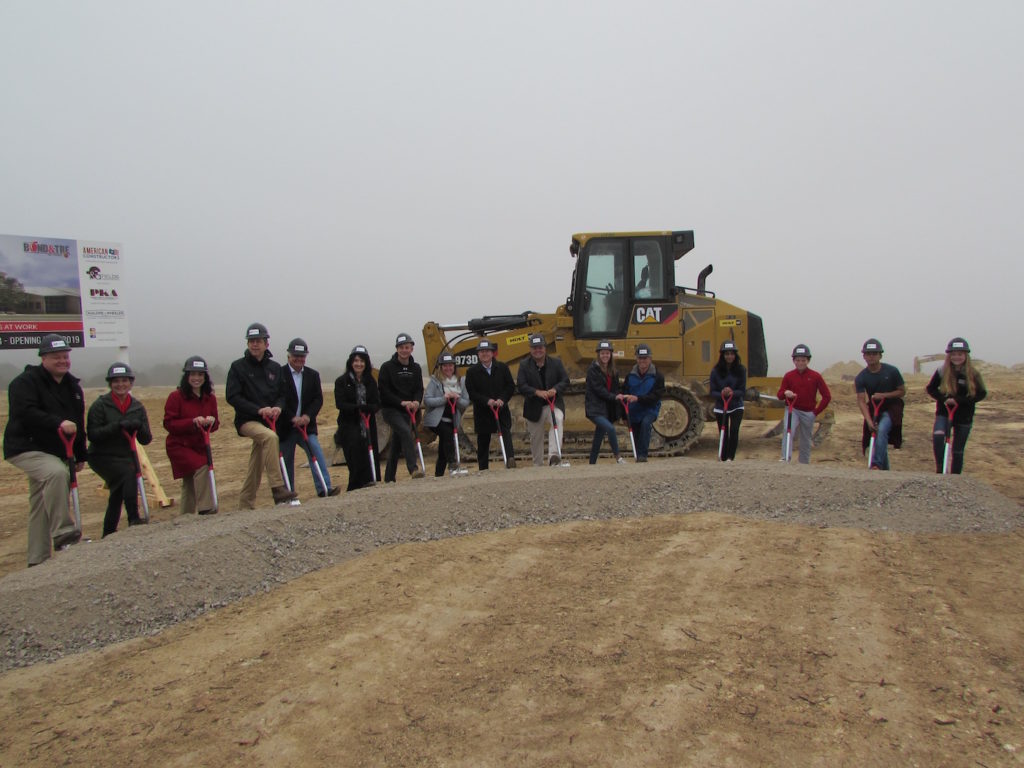 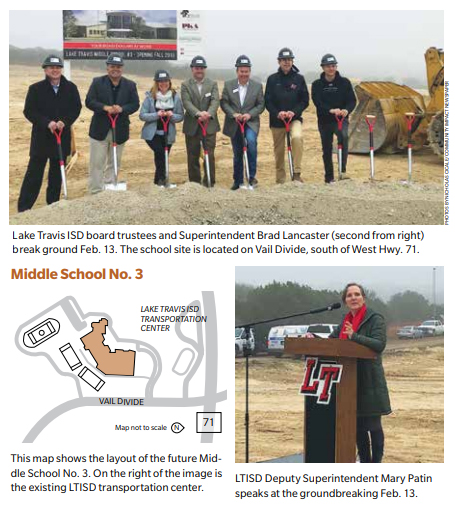 LAKE TRAVIS ISD Members of the Lake Travis ISD community faced the cold and rain Feb. 13 to celebrate the groundbreaking for the district’s third middle school, which is scheduled to open in fall 2019.

Director of Facility and Construction Robert Winovitch said the $76 million facility was designed by Fields & Associates Architects and is being built by American Constructors, both of which are headquartered in Austin.  The project was approved as part of the district’s November bond program, a $253 million package to focus primarily on new growth and improving old infrastructure.

The 240,000-square-foot campus will accommodate 1,200 students and include a two-story facility as well as outdoor learning spaces arts and science classes, he said.  The middle school is one of the bond’s biggest items.  “We work very closely with our demographers, but one thing we notice in our district is the growth is not spread evenly [between grades] K-12,” Johnny Hill, LTISD assistant superintendent of business, financial and auxiliary services told Community Impact Newspaper in September. “More of our growth is hitting the high school and middle school grades
than the elementary grades,” he said.

Lake Travis Middle School, which has a maximum capacity of 1,250 students, has an enrollment of 1,411 students this year, according to Hill.  He said the new middle school will give the area much-needed relief. There are also plans to eventually turn the new school into a high school if population increases demand it.