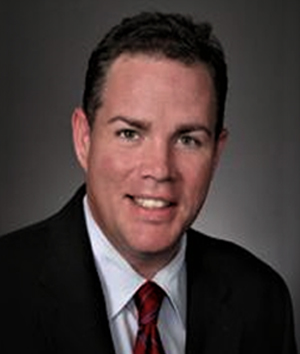 Mr. Wilson began his legal career as a Briefing Attorney for the Texas Fourth Court of Appeals choosing to prosecute serious criminal matters for several years as an Assistant District Attorney in Harris County, Texas (Houston). Thereafter, Mr. Wilson spent 20 years handling complex litigation, real estate transactions, and contract issues for the Union Pacific Railroad Company. In this role, Mr. Wilson routinely tried cases to verdict as a first chair litigator while also serving as consulting counsel to his operating partners in Texas and in multiple other states.

A primary area of Mr. Wilson’s practice is defending claims of personal injury brought by railroad employees under the Federal Employers Liability Act (FELA). FELA is a unique provision of federal law and under its terms a railroad can never delegate its duty to provide its employees a reasonably safe workplace. As such, contractors and other vendors working with a railroad may find themselves placed in the position of a railroad defendant based upon the facts of the case or pursuant to contractual agreements. A non-railroad defendant in such a position needs experienced FELA counsel, there are few practicing attorneys in Texas with more courtroom experience dealing with the intricacies of FELA than Fred Wilson.

Mr. Wilson has tried multiple serious cases to verdict and is responsible for bringing hundreds of cases to final judgment. He has argued before the Texas Supreme Court and in the Courts of Appeal. He is comfortable representing his clients across the State of Texas, including all federal courts. He brings almost 30 years of courtroom experience to each case he handles, with extensive experience in preparing and arguing pre-trial motions, motions for summary judgment, motions for directed verdict, jury charges, and complex discovery disputes.

Licenses and Admission to Courts

2015 – TO THE CLOUD!: Ethical Concerns in a Digital World
2013 – ETHICS, CRADLE TO GRAVE: Investigation-Discovery-Trial
2013 – THE DEVIL IS IN THE DETAILS: The Rise of Standard Crossing Specifications
2012 – HYDRAULIC FRACTURING: “Fracking”, Friend or Foe?
2010 – A BRAVE NEW WORLD: The Railroad Whistleblower Statute
2010 – TRUCKIN’: Using Regulatory Guidelines In Your FELA Defense
2009 – WHEN THINGS GO WRONG: An Ethical Perspective
2008 – AND YOU THOUGHT IT WAS A CROSSING CASE: When a Crew Goes to the Dark Side
2008 – ETHICS IN THE COURTROOM: How to Behave and Why
2007 – WHOSE BED HAVE YOUR BOOTS BEEN UNDER?: Model Rule 4.2 Revisited
2006 – ETHICS AND E-DISCOVERY: A Crash Course
2005 – CAN I GET A WITNESS?: Communication with the Railroad Employee